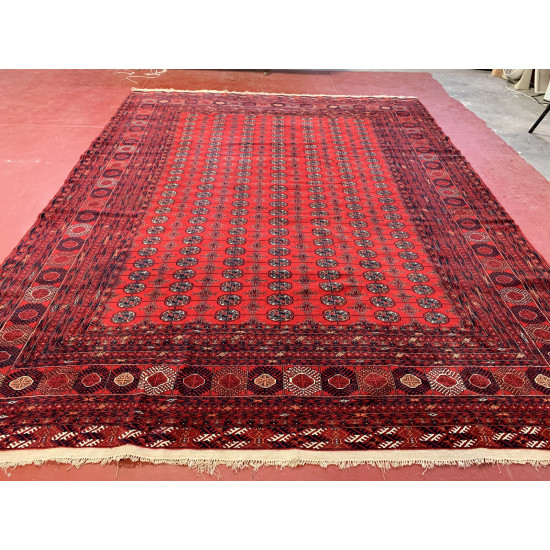 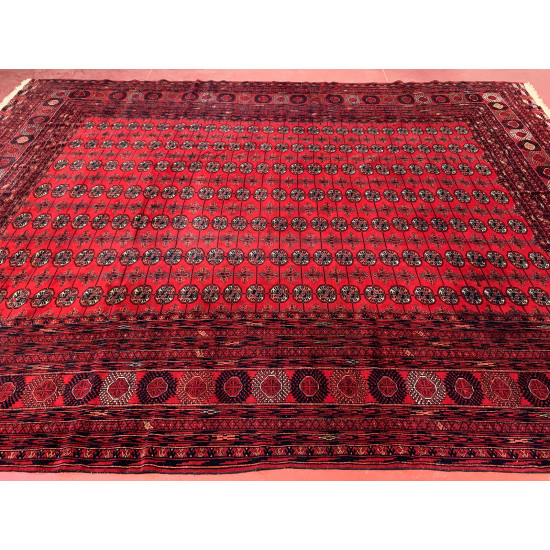 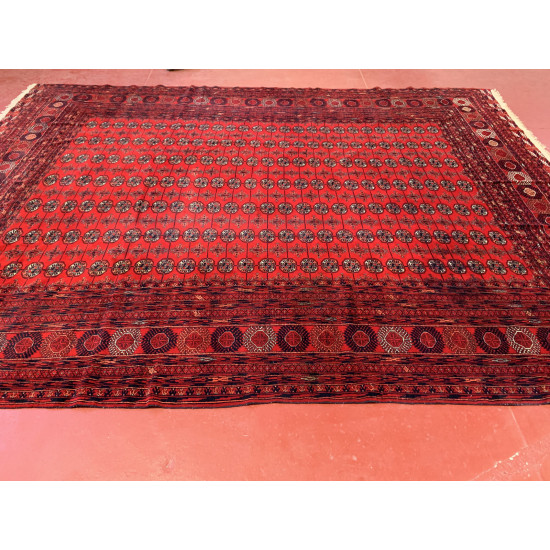 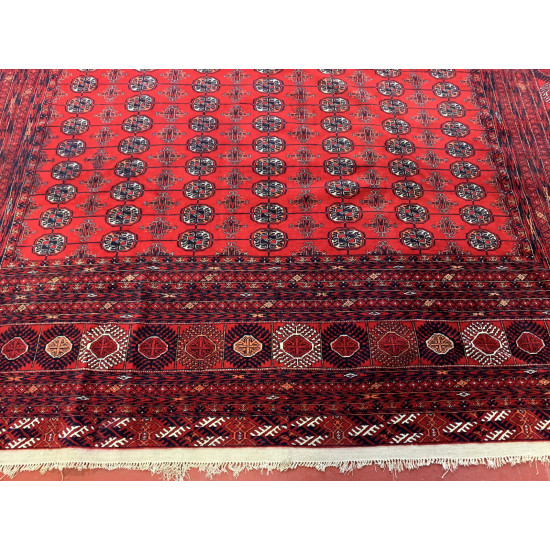 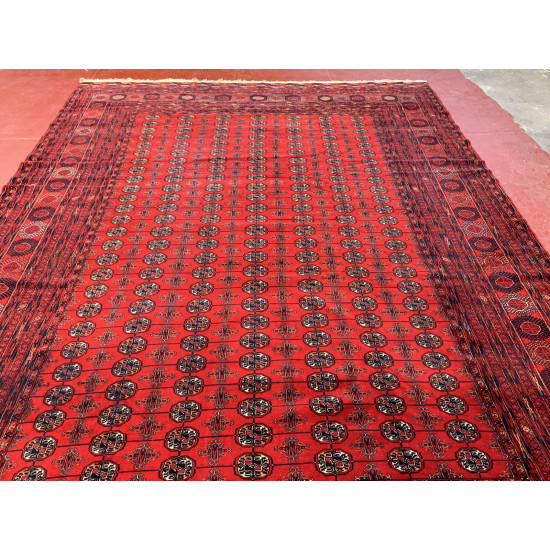 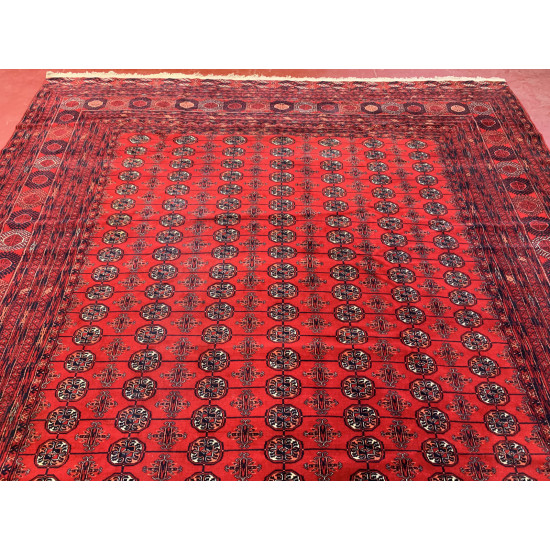 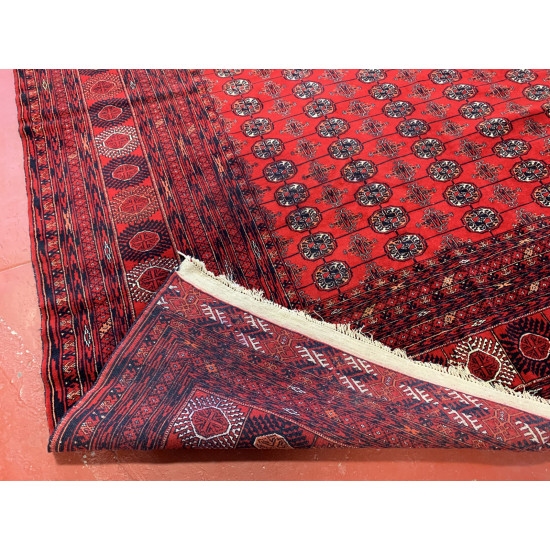 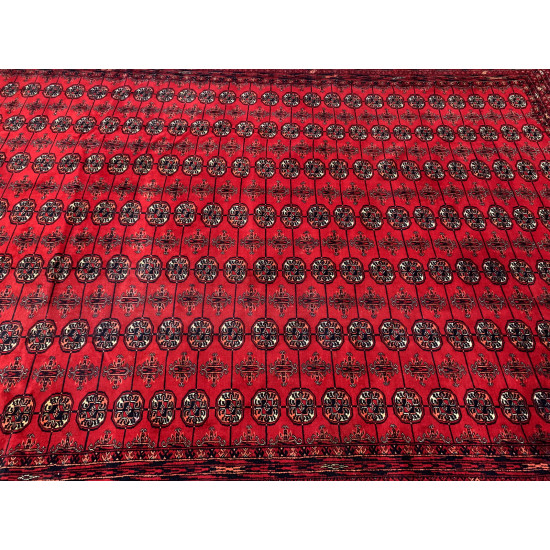 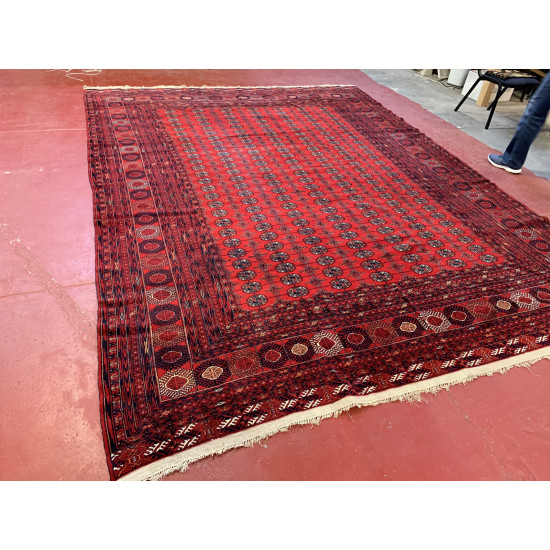 As a group we now call them Turkmen Rugs. The old name in common usage was Turkoman Rugs but the trend today is to drop Turkoman rugs in favor of Turkmen rugs because Turkmen is the accepted English translation of the name of the people and their language. Earlier the rugs were called Bukhara or Afghan rugs.

When we wish to identify ethnicity political or geographic names are so fleeting as to be meaningless. Recently one national appraisal exam listed the correct answer for all Turkmen rugs as Russian. Obvious this is as meaningless as to be ludicrous. A number of years ago Dr. Jon Thompson was highly influential in the move to language names. It gives us a meaningful framework in which to understand the rugs so following Thompson I use the language names for the rugs.

Therefore Turkmen rug because the weavers are Turkmen who speak one of the dialects of the Turkmen language. When in doubt we can categorize people by their "milk" language. If a woman's primary language is the Teke/Tekke dialect of Turkmen then we call her a Teke/Tekke Turkmen and if she weaves a rug then it is a Tekke Turkmen Rug. It would be more correct to say Teke Rugs but Tekke rugs is accepted in the rug dealer/collector community. Interestingly the rugs generally fall into groups that correspond to language. This has caused me to come to the conclusion that weaving is an unspoken language.

Most Turkmen are Hanafi Sunni Moslems but part of the Yomud and all of the Goklen are Shia Moslems. See Turkmen language.

A difficulty with bazaar observations is the possibility of mistaken attribution. Such is not a problem for onsite accounts. Two rather interesting observations involve the sedentary Goklen who occupied a small area within Persian jurisdiction. Here Fraser in 1825 remarked on the weaving of both felts and carpets.

Yate, however, in 1894 described a different situation:

"The interior of their kibitkas was even dirty too, and they had none of the cleanliness and fine carpets and wall-bags of the Tekkes and Sariks... The Goklans did not appear to me to be such an industrious race as their brethren the Tekkes or the Sariks. They made no carpets, and only a few coarse rugs. Felts apparently were their only manufacture....9"

Since the 16th century at least there have been Turkmen in the Gorgan and Astrabad area. The major tribes are the Yomud and the Gocklen. When it comes to differentiating between the two I am unclear if there is any way to tell the difference. I do fell however that we can differentiate between Persian Turkmen and those Turkmen of even the same tribe from Turkmenistan. In this saddle rug we have an overall "bright" tonality. The red is brighter then I expect in most Yomut pieces. There is also the white diamond border which is one that I equate with a Persian attribution.

Gorgan is an area northeast of Tehran, west of Mashad and southeast of the Caspian Sea. The main city Gorgon is a city of about 150,000 in North Persia in the area east of the Caspian Sea. It was conquered by the Arabs in 716 and by the Mongols in about 1219. In the second half of the fifteenth century it was controlled by Husein-i Buyqara The greatest Prince of Herat or his incompetent sons. In those days it was called Astrabad. In the 19th century it flourished because the founder of the Qajar Dynasty Aga Muhammad Khan was born there. The Gorgan plain was held by Turkmen in the 17th century as vassals of Khans of Khiva DEHESTAÚN 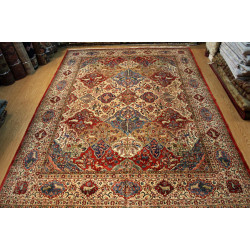 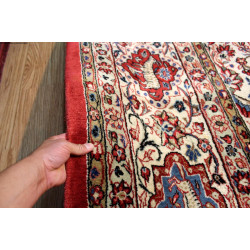 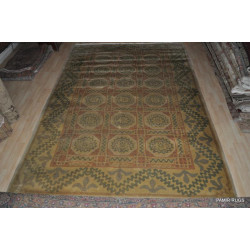 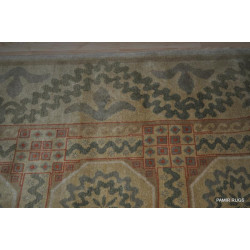 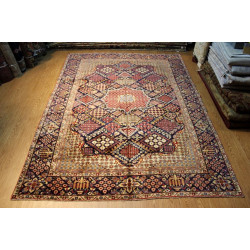 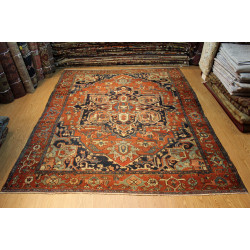 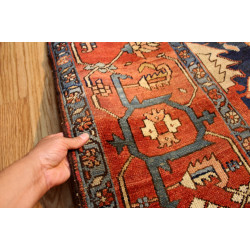 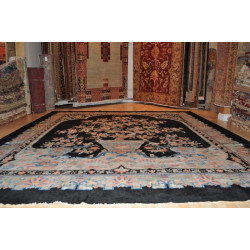 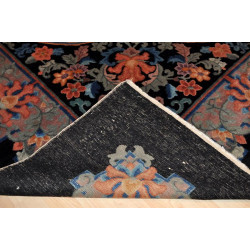 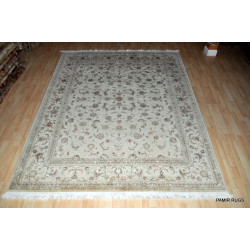 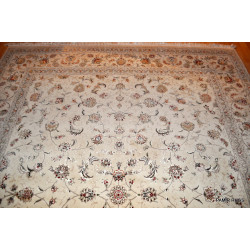